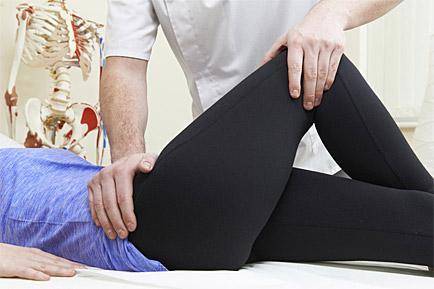 Did you know hip replacement has become an increasingly popular procedure in the U.S.? While it is not as commonly resorted to as knee surgery procedures, total hip replacement surgery accounts for about 332,000 procedures performed each year, according to the U.S. Centers for Disease Control and Prevention.

Also known as hip arthroplasty, total hip replacement surgery is a common procedure that involves the removal and replacement of the diseased parts in the hip joint. The goal is to improve the function and enhance the mobility of the affected hip area as well as relieve the debilitating pain that has hampered the freedom of movement among people afflicted with hip joint problems. With hip replacement surgery, many people have been restored to their mobility and are able to return to their normal, day-to-day activities.

Osteoarthritis is one of the most common triggers of hip joint pain or damage. Other culprits include rheumatoid arthritis – a recurring condition that causes joint pain and inflammation, swelling and stiffness. Another known trigger for joint pain is the condition called osteonecrosis or avascular necrosis. Characterized as death of the affected bone, osteonecrosis is caused by an insufficient supply of blood. Fracture, bone tumors and injury can cause this, leading to a breakdown in the hip joint.

Before, physicians would only consider hip replacement surgery for patients aged 60 and older, believing older people would put less stress on the injured hip joint since they are less active compared to younger patients. However, doctors have observed that this procedure can also be successful among younger people.

Are you struggling with hip joint pain? Does it interfere with your daily routine? Have you considered trying other forms of treatment like exercise, physical therapy or medication yet it didn’t yield favorable results? You might be a candidate for hip replacement surgery. Speak with your doctor about this option.